Ian Rapoport reports that the Texans will bring back Tim Kelly as their offensive coordinator under new HC David Culley. 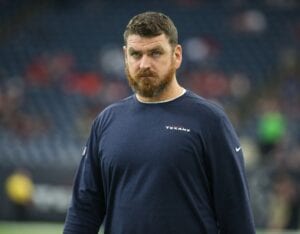 Kelly did a decent job with the offense after the Texans fired HC Bill O’Brien during the season.

More importantly, Deshaun Watson threw support behind Kelly, so it’s possible this could help the team mend their relationship with their star quarterback.

It’s worth mentioning that Kelly actually interviewed for the Texans’ head-coaching vacancy.

Kelly, 34, played college football as a defensive tackle at Eastern Illinois before moving into the coaching ranks. He had a variety of stops before joining Bill O’Brien‘s staff at Penn State as a graduate assistant.