The Minnesota Vikings placed CB Cameron Dantzler on the COVID-19 list Monday due to a positive test, according to Aaron Wilson. 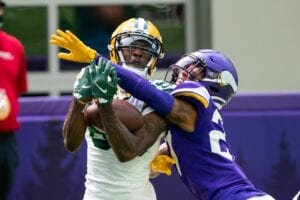 Dantzler’s name has come up in trade rumors the past few weeks after he was a healthy scratch for Minnesota in Week 1.

Dantzler, 23, was a two-year starter at Mississippi State. The Vikings selected him with the No. 89 pick in the third round in the 2020 NFL Draft.

In 2021, Dantzler has appeared in three games for the Vikings and recorded six tackles and two pass defenses.