Tom Pelissero of NFL Media reports that the Vikings are re-signing veteran OL Dakota Dozier to a one-year deal on Tuesday. 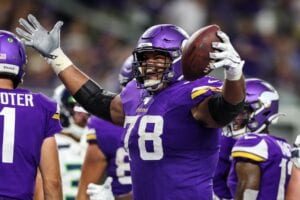 Dozier later signed on with the Vikings in 2019 and returned to Minnesota last year on another one-year contract.

He was testing the open market as an unrestricted free agent his offseason.