The Minnesota Vikings brought in five free agents for tryouts on Thursday, according to Aaron Wilson. 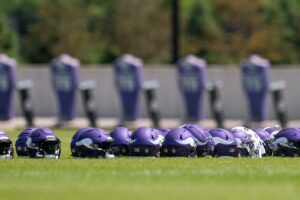 From there, Hogan re-signed with Denver on a one-year deal but was among their final roster cuts. He caught on with the Bengals practice squad and then the practice squad of the Titans.

The Texans signed Hogan to a deal back in May but opted to let him go earlier in the week.

Indianapolis cut him loose after just a few days and he had a brief stint with the Bills before joining the Jaguars towards the end of the year. He signed on with the Saints after the draft, but was waived a month later.