According to Adam Schefter, the Patriots are releasing CB Stephon Gilmore. 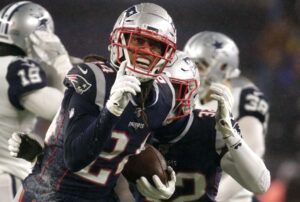 This is a stunning move to see New England give up on the former defensive player of the year for nothing in return. The two sides had been embroiled in a contract dispute that Schefter says they were unable to resolve.

The Patriots will clear $5.8 million in cap space by releasing Gilmore in the final year of his deal, per Schefter. They had just $54,000 in space before the move.

Gilmore had also been dealing with a quad injury and was eligible to come off the PUP list in Week 6. That was a complication in a trade but now the veteran corner is expected to have a big market for his services on the open market.

He posted a goodbye to New England on his social media.