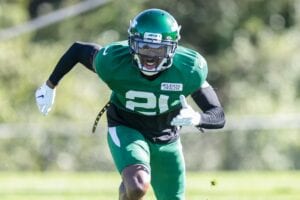 This comes just a day after Denver opted to release Hairston.