According to Field Yates, the Denver Broncos are reworking the deal of G Graham Glasgow after he ended his 2021 season on injured reserve with an ankle injury. 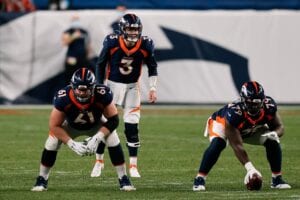 Glasgow agreed to reduce his base salary from $8.4 million to $3.1 million in 2022, with a chance to earn back $1.4 million with playing time incentives.

Glasgow, 29, is a former third-round pick of the Lions back in 2016. He played out the final year of his four-year, $3.038 million contract before agreeing to a four-year, $44 million deal with the Broncos in 2020 that includes $26 million guaranteed.

Glasgow was set to make base salaries of $8.4 million and $9.4 million over the final two years of his deal.

In 2021, Glasgow appeared in and started seven games for the Broncos at guard.