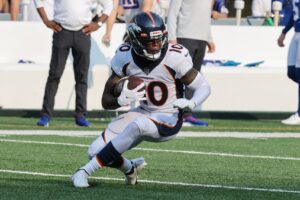 Arapahoe Police announced that Jeudy has been arrested and is being held on charges of second-degree criminal tampering with a domestic violence enhancer, which is a misdemeanor. He’s on a no-bond hold at this time, which means he must stay in jail until he sees a judge.

No other details are available at this time.

The Broncos issued the following statement regarding the news:

“We are aware of the matter involving Jerry Jeudy and are in the process of gathering more information.”

In 2021, Jeudy appeared in 10 games for the Broncos and caught 38 passes for 467 yards receiving and no touchdowns.

We’ll have more regarding Jeudy as the news is available. 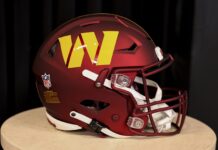