Field Yates reports that the Colts and RB Nyheim Hines have agreed to a three-year, $18.6 million extension that includes $12 million guaranteed on Friday. 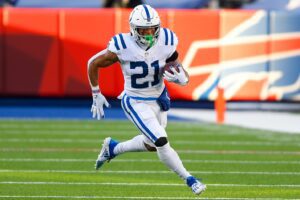 Hines will earn $6.2 million per year, which makes him one of the top-10 highest-paid running backs in the NFL. He’s under team control through the 2024 season.

Hines, 24, is a former fourth-round pick of the Colts back in 2018. He was in the final year of his four-year rookie contract and would have been an unrestricted free agent next year.