The Dallas Cowboys are placing S Malik Hooker on the COVID-19 list, per Jon Machota. 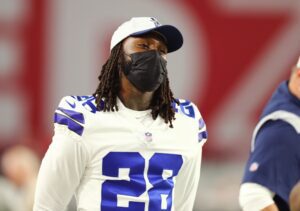 This is Hooker’s second stint on the list after going on it during training camp.

In 2021, Hooker has appeared in 13 games for the Cowboys and recorded 38 total tackles, one interception and two pass deflections.