According to Ian Rapoport, the Dolphins are claiming DE Darius Hodge off of waivers from the Bengals on Friday. 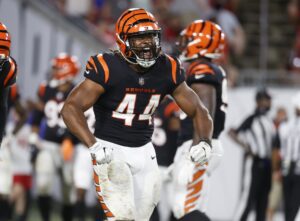 Hodge, 23, signed with the Bengals as an undrafted free agent out of Marshall following the 2021 NFL Draft. He signed a three-year, $2.4 million deal but was cut loose on Thursday.

In 2020, Hodge has appeared in four games but hasn’t recorded any statistics.