According to Ian Rapoport, the Miami Dolphins restructured the contract of CB Xavien Howard and created $3,765,846 of cap room. 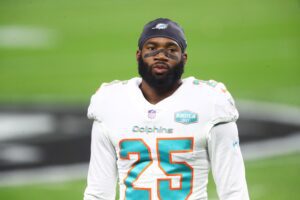 The Dolphins were getting pretty low on cap space, so this move should give them enough cap room to operate through the end of the season.

Howard has come up as a potential trade candidate the past few years, but the Dolphins have opted to hold on to the star cornerback.

In 2021, Howard has appeared in 10 games for the Dolphins and recorded 34 tackles, two interceptions, two forced fumbles, two recoveries, a defensive touchdown and 11 pass deflections.