According to Armando Salguero, the Dolphins are re-signing LB Trent Harris to the roster. 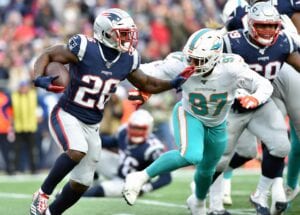 Salguero says the deal is contingent on Harris passing his COVID-19 tests, but he’s expected to add depth after Miami lost OLB Vince Biegel to an injury.

Harris, 24, signed with the Patriots as an undrafted free agent out of Miami in 2018. New England waived him coming out of the preseason and signed him to the practice squad.

The Patriots re-signed him to a futures contract in 2019 before waiving him again at the end of the preseason. The Dolphins claimed Harris off waivers.

Harris re-signed with Miami as an exclusive rights free agent this past offseason.

In 2019, Harris appeared in 11 games for the Dolphins and recorded 22 tackles, 1.5 sacks and one forced fumble.