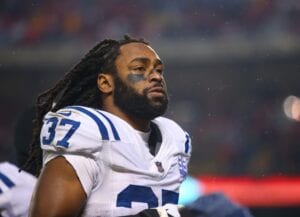 The Falcons are really hurting in the secondary right now and Wilcox has ties to the team, so this move made sense for Atlanta.

They brought him in for a visit on Tuesday, per Albert Breer.

The Buccaneers traded him to the Steelers at the start of the 2017 season for a 2018 sixth-round pick. Wilcox was set to make a base salary of $3.125 million for the 2018 season when the Steelers released him.

Wilcox had brief stints with the Colts and Jets before signing on with the Falcons last year but missed the entire season after sustaining a torn ACL. Atlanta brought him back on another one-year contract with Atlanta but he was among their final roster cuts coming out of training camp.