According to Tori McElhaney, Falcons HC Arthur Smith has ruled out TE Kyle Pitts for the remainder of the season due to a torn MCL which required him to undergo surgery on Tuesday. 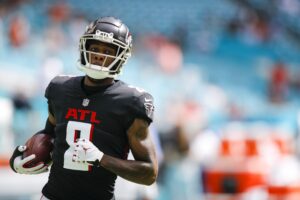 Pitts, 22, was a two-year starter at Florida and a first-team All-SEC select as a sophomore and junior. He won the John Mackey Award for the best tight end in the country before the Falcons drafted him with the No. 4 overall pick in the 2021 NFL Draft.