According to Dan Salomone, the Giants have ruled out WR Darius Slayton with a hamstring injury. 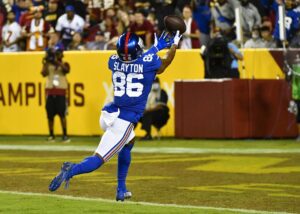 In 2021, Slayton has appeared in three games for the Giants and caught six passes for 119 yards and one touchdown.

We will have more news on Slayton as it becomes available.