According to Mark Long, the Jaguars plan to place LB Quincy Williams on injured reserve to start the season. 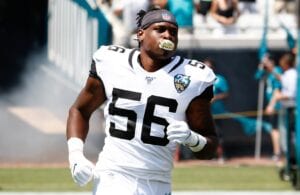 Once Williams is recovered from his core muscle injury, Jacksonville will designate him to return to the active roster.

Teams can place and activate as many players as they want from injured reserve this year as long as the player stays on the list three weeks.