According to Mike Garafolo, the Jets are releasing CB Bless Austin on Wednesday. 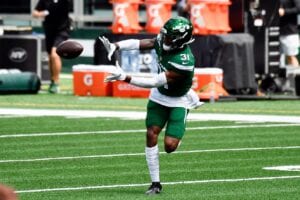 Garafolo mentions that New York talked with teams about potentially trading Austin, but clearly a deal never came together.

Austin, 24, is a former sixth-round pick of the Jets back in 2019. He’s entering the third year of a four-year, $2.7 million rookie contract.

In 2020, Austin appeared in 11 games and recorded 63 tackles, three tackles for loss, one forced fumble, four pass defenses, and no interceptions.