The Green Bay Packers officially claimed DT Chris Slayton off of waivers from the 49ers on Tuesday, per the NFL transactions wire. 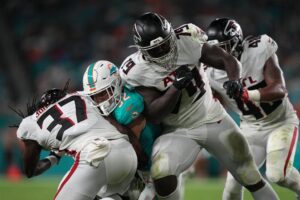 From there, Slayton had brief stints with the Bills and Falcons before the Steelers signed him to their practice squad last year and later signed on with the 49ers. San Francisco cut him loose earlier this week.