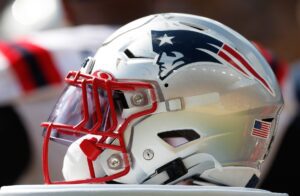 This opens up a three-week window for Thornton to practice with the team before he has to be added to the active roster.

Thornton had surgery for a broken collarbone before being placed on IR at the beginning of the season and was looking at a six to eight-week recovery timeline.

Thornton, 21, was a second-team All-Big 12 selection in 2021. He initially committed to the University of Florida before switching his decision to Baylor. The Patriots used the No. 50 overall pick on him in the 2022 NFL Draft.