Ian Rapoport of NFL Media reports that Washington QB Ryan Fitzpatrick is believed to have suffered a hip subluxation during Sunday’s game against the Chargers. 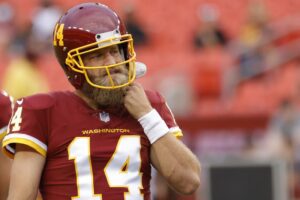 Rapoport says Fitzpatrick will undergo an MRI Monday to determine the specific injury and how much damage he has to his hip.

According to Rapoport, the hope is that nothing is broken, but this is a serious injury that could force him to miss time.

Taylor Heinicke took over for Fitzpatrick and will be their starter while he’s out.