The Houston Texans hosted free agent RBs Abram Smith and RB Ty’Son Williams for a workout, according to Aaron Wilson. 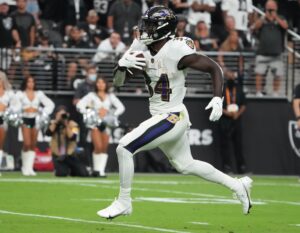 It’s worth noting that Texans rookie RB Dameon Pierce was added to the injury report Wednesday with a hip injury.

Williams, 26, went undrafted out of BYU following the 2020 NFL Draft. He caught on with the Ravens during training camp but was waived coming out of the preseason.

He returned to the team on the practice squad and spent most of the season on the unit. The Ravens re-signed Williams to a futures deal for the 2021 season and tendered him as an exclusive rights free agent this past March, but later withdrew the tender.

From there, Williams signed a one-year deal with the Colts this offseason but was released coming out of training camp.