Aaron Wilson of PFN reports that Texans WR DaeSean Hamilton will undergo surgery on his right knee after suffering the injury during Tuesday’s practice. 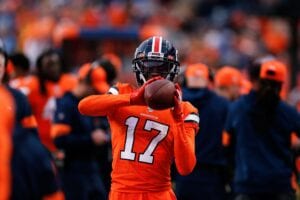 The good news, according to Wilson, is that Hamilton didn’t tear his ACL and is expected to make a “full recovery at some point this year.”

Wilson explains that Hamilton’s leg gave out while he tried to cut during a route and he grabbed for his knee. Trainers later carted him off the field.

Hamilton, 27, was drafted by the Broncos in the fourth round out of Penn State in 2018. He was entering the final year of a four-year, $3.1 million rookie contract before being released.

He signed a one-year deal with the Texans earlier this offseason.

We will have more news on Hamilton as it becomes available.