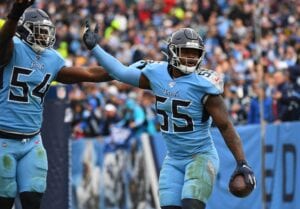 The Titans also placed DL Denico Autry on the list, according to Field Yates.

Brown re-signed with the Titans on a one-year deal for the 2021 season.

In 2021, Brown has appeared in 10 games for the Titans and recorded 55 tackles, one interception and two pass deflections.