Doug Kyed of PFF reports that the Texans are trading CB Keion Crossen to the Giants on Monday. 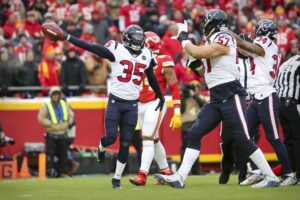 Mike Garafolo confirms the news and adds that the Texans will receive a 2023 sixth-round pick from the Giants.

Crossen, 25, is a former seventh-round pick by the Patriots in 2018 out of Western Carolina. He was traded to the Texans in 2019 for a sixth-round pick.

In 2020, Crossen appeared in all 16 games for the Texans and recorded 42 tackles, no interceptions and five pass deflections.