According to Adam Schefter, the Texans are trading LB Benardrick McKinney to the Dolphins in exchange for OLB Shaq Lawson. 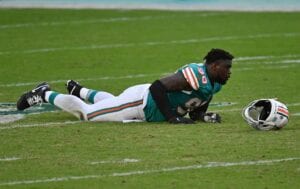 Houston was rumored to be considering a release of McKinney, so swapping him to Miami for an edge rusher is a decent outcome all things considered.

For Miami, they fill a need at linebacker while saving a little bit of cap space from what Lawson was projected to make.

McKinney stands to make base salaries of $7 million and $8.75 million over the next two years of the agreement.

Lawson, 26, is a former first-round pick of the Bills back in 2016. He played out his four-year, $10.27 million rookie contract that included $9.82 million guaranteed and made a base salary of $1.85 million in the final year of the agreement.