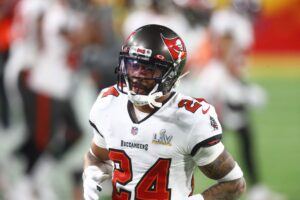 Davis has been out since the beginning of October with a quad injury.

In 2021, Davis has appeared in four games for the Buccaneers and recorded 15 total tackles, one interception and five pass defenses. Pro Football Focus had him rated as the No. 10 cornerback out of 108 qualifying players.